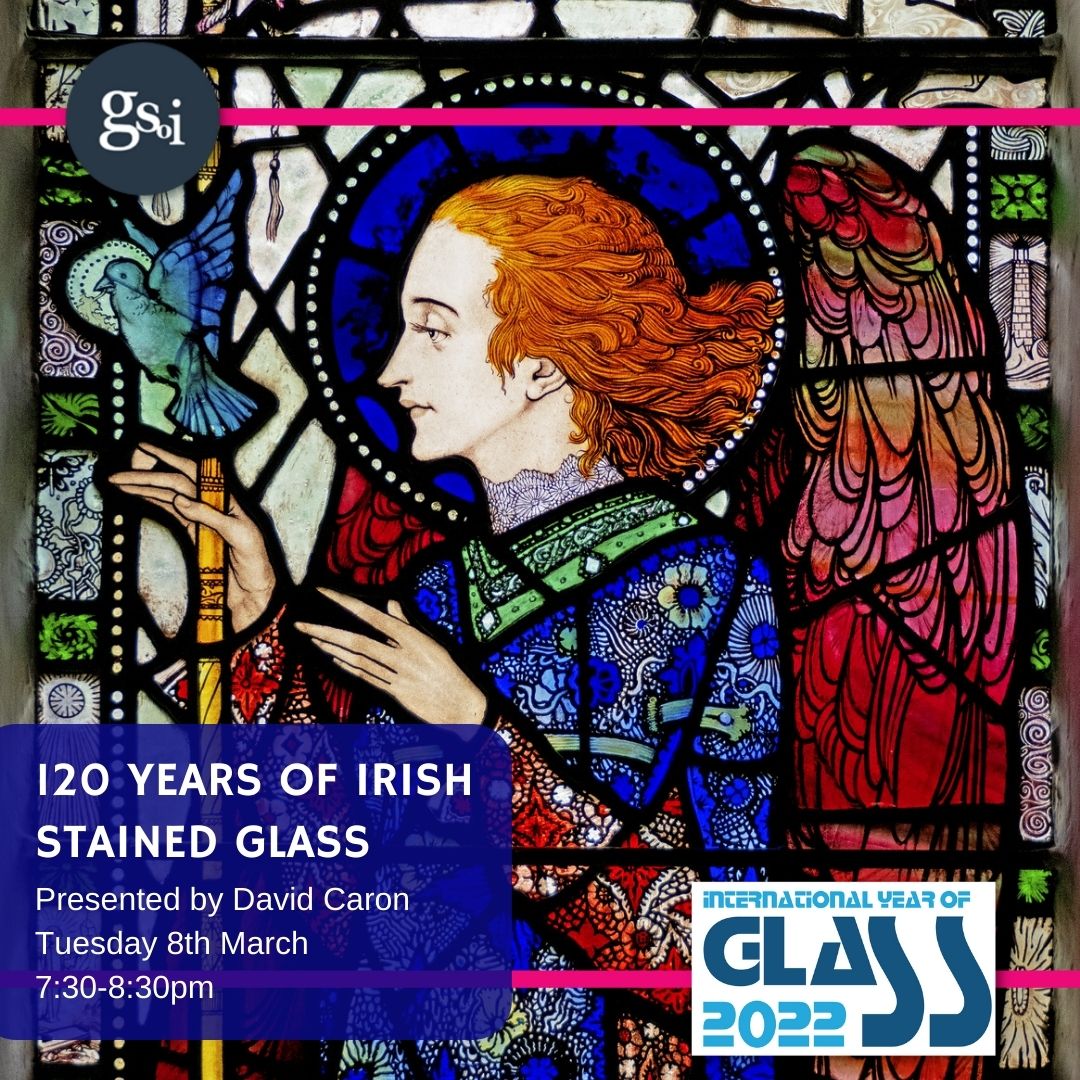 To coincide with the publication of the revised and expanded edition of the Gazetteer of Irish Stained Glass which he edited, David Caron’s talk will focus on highlights of Irish Stained Glass from the foundation of An Túr Gloine in 1903 to the present day. David has focused on ten artists and chosen a selection of their key works. The artists are A.E. Child, Michael Healy, Harry Clarke, Wilhelmina Geddes, Richard King, Evie Hone, Patrick Pye, Johnny Murphy and Róisín Dowd Murphy (both of Murphy-Devitt Studios), George W. Walsh and Peter Young. The talk will introduce each artist in chronological order and provide context for their work and the general development of Irish stained glass during the period. The majority of the images for the talk were taken by Jozef Vrtiel, specialist stained glass photographer, who was the principal photographer for the Gazetteer of Irish Stained Glass (published by the Irish Academic Press, 2021).

David Caron was born in Dublin and studied Visual Communication at the National College of Art and Design, Dublin, to which he returned in due course as lecturer and was subsequently appointed as Head of Department. He was one of the three original compilers of the first edition of the Gazetteer of Irish Stained Glass in 1988, along with the late Dr Nicola Gordon Bowe and the late Dr. Michael Wynne. David’s PhD research at Trinity College Dublin focused on the stained glass artist Michael Healy and the artists of An Túr Gloine (Tower of Glass) studio. He has written articles on various aspects of Irish stained glass over the years, most often for the Irish Arts Review. He is currently preparing a book on Michael Healy while maintaining a ‘Supplementary List of Windows’, with the assistance of the contributors to the Gazetteer and others, for any future edition of the Gazetteer of Irish Stained Glass.

Reserve your tickets at https://bit.ly/33wfOp8